How can you become a master in a craft when you haven’t even been a journeyman yet? Nowadays, in times of documentation and certificates, this would be inconceivable. But in those days, when the Federal Republic of Germany was still young, these things were possible. The trained machinist Peter Huber (born 1941) took refrigeration engineering classes at the Karlsruhe Technical College in 1965, studying with the chief building officer Dr. Valerius Füner, whom he held in high esteem. He didn’t just warm up to the subject matter, he really dove into it. "Over time he became an excellent specialist who was mastering the thermodynamics of the coolant cycle in a compression chiller perfectly,” said Valerius Füner’s successor, Johannes Reichelt, about Peter Huber. And more: “This is only possible with enormous diligence.” Peter Huber did not just become a Master in this area, he permanently shaped the subject matter.

His discoveries enabled progress in many areas of science and economics and made sustainability a defining element in temperature control technology. And yet he is not just a tireless technician but also a humorous and warm-hearted activist for music. With him, the music played!

The path to refrigeration

When Peter Huber was young, opening walls and laying cables on construction sites for his father, Elgersweier was a village characterized by agriculture and factory work. It wasn’t decided what Peter Huber would study some day. Elgersweier had farmers and workers. At first, the young Peter Huber was trained as a locksmith at the Offenburg-based „Martin company”. Soon he realized that he felt an affinity with physics. As an autodidact, he learned by reading, usually technical literature translated from Russian. Of course he passed the refrigeration course in Karlsruhe and became the second refrigeration technology master in southern Germany in 1967. On  April 1, 1968, he became independent at his father’s workshop. On the building facade, the sign “KÄLTEMASCHINENBAU” (refrigeration machine construction) immediately caught the eye. In 1962 he had started a family with his wife Elisabeth and his successive children Daniel, Beatrice, Karin, Joe and Bärbel. “You take the master's certificate exam and then you get busy,” he later summed up his step towards self-employment. At first he had two apprentices, who were soon joined by others; this would become typical for a family business that was always a strong training facility. People knew that “you can learn some- thing here,” and this motivated them to go to Peter Huber. The first years were shaped by cooling system construction and as a supplier for nearby companies, including such prestigious com-panies as Linde and Höfler Maschinenbau. Peter Huber had to invent, plan, build, train and hire people and even advertise. “I had an instinct for the marketing department,” he later said in his dry and humorous way. The self-made man was delivering a one-man show. His wife Elisabeth did the bookkeeping and when customers were in the house, they were offered wine and snacks in the living room.

At the start of the 1970s, a major company wanted to force away a chunk of his business away from him. “We now make machines that can cool down to -10°C,” said a company from Karlsruhe, and made a generous offer: “You could build and supply machines with temperatures below that.” Peter Huber thought about it and knew the time had come. He made a risky decision: “We’ll do our own thing.” That was typical for Peter Huber – his free spirit was also evident in the fact that the company relied on the strength and depth of production that made the company independent. This, along with the skills and the required certifications to be able to deliver to customers “true-to-scale” tempering machines was what gave Peter Huber the confidence to take this massive step. With workdays already longer than 10 hours, 16 hour workdays became more frequent. Peter Huber considered the matter thoroughly and knew that temperature control would have to take a different path in the future. Instead of wasting energy in tempering large volumes of HTF in order to control the temperature of the application, the same effect must be possible using less energy. Every component and the physical effect on those components brought about by thermal change had to be effective and be considered in the design to achieve this. “It could be simpler, it could be better,” he believed. And this succeeded with the early use of microelectronics and the accompanying digitization. This put him “light years ahead,” as Erich Birrer, his esteemed sales partner in Switzerland, said with admiration. It gave him the master plan for additional major accomplishments, such as plug & play, which soon brought him many awards and even more customers. The small Ministats from 1976, by some also lovingly called “little cooling machines”, were virtually unbeatable. This made the project work. Considering the risk in small parts to assemble something great is what made Huber successful. True to the motto “every day a little greener”, energy and space were saved. This was a big deal for many labs in Germany and Switzerland.

The creator and maker Peter Huber was not just a visionary thinker and perfectionist but also fanatical about detail and quality. The housings had to be made of stainless steel for a long life (easily cleaned, difficult to corrode). Of course it would have been cheaper to do it like the com-petition, lower quality metals, made from plastic or tin. The customers took a deep breath when they heard the price, but soon realized that this quality keeps its promises. When some thing is durable and reliable, it saves a lot of money. By now there are thermostats that have been doing a good job for over 30 years. Word got around, one thing led to another, and one customer followed another. In the 1970s, there was already a lot of construction activity in the village center, but the company was still bursting at the seams. The office, manufacturing facilities and research de-partment were all under one roof and that roof was in the town center. New employees arrived constantly and they had cars to park. The mood was always good. Every summer there was a great company excursion by bus and there were many parties.

"He encouraged everyone who wanted to know something," his eldest son Daniel remembers of their time together in production. One employee remembers that "the boss" always had an open ear for questions. "But you had to be well prepared, otherwise you were sent away again." Many made a career, started as helpers, became journeymen and later were sent to master school and stayed in business until they retired, as they say of the company in Baden. What distinguished Peter Huber was that he knew how to inspire people for the cause and to bind them to it. The structure of the business relationships was also suitable for the long run. There was always 100 percent attention for his clients, Peter Huber listened carefully. Sometimes he would interrupt people and say a "let's try it this way", or he would have machines come in and rebuild them to fit perfectly into the workflow.

What distinguished Peter: A tireless pioneering spirit, quick comprehension and a perfectionist. There were no half measures. 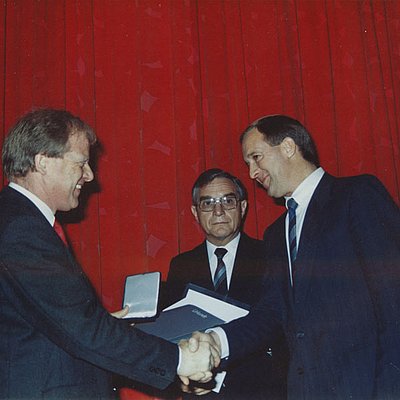 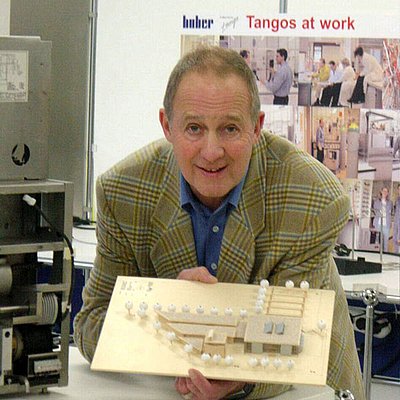 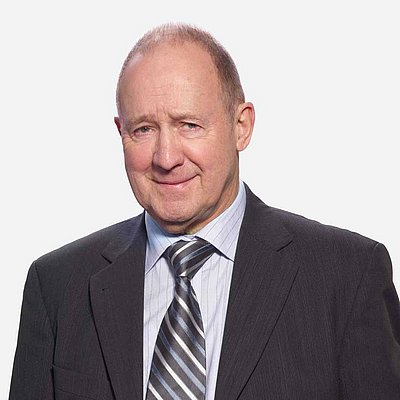 You have reached the maximum number. Please remove a product from the comparison to be able to add a new one.

To the Product comparison